It’s no secret IT budgets took a knock in 2007 along with Advertising but I doubt you’d find anyone to argue against it’s importance in business and so we seem to have convinced ourselves that as long as we have “I.T.” we’re on to a winner.

It would be foolish of me to say you need to invest in your I.T. and invest now because, of course I would say that it’s my job to sell I.T. solutions. However your I.T. is holding you back if you haven’t improved your infrastructure or even better implemented a upgrade strategy as a result of a Strategic IT Review.

So let’s get down to Business, what are the 7 main signs it’s time to invest in I.T.

How often do you hear (from yourself or your Team) that the “computer’s going out the window” or how long it take the computer to warm up, or I can go away and make a cup of Tea in the time it takes my computer to boot (So British). But all computers are like that… aren’t they?

Do you have multiple workstations in your organisations on varying Windows versions and Software editions? We become so used to playing musical computers to find one that we can work on when ours isn’t an option or when we’re collaborating with colleague we stop counting the cost of running round the office and “doing it later at home”.

We calculated the cost to the average UK business as £4,700 per year. That’s unreal and pretty unsustainable for most modern SMEs, that money can be invested in Marketing, Office upgrades, Staff Entertaining or even an SLA with money left over.

It should come as no surprise that slow and outdated I.T. systems kill productivity, the UK has one of the worst ratings for company productivity and I.T. investment in SMEs. This is clearly not a coincidence and failing to invest in your Business systems will result in poor Productivity.

The cost of system failures is by definition more expensive than upgrading when the systems are starting to creak, the cost of forced downtime, retrieving system data and transferring to a new system is on average £1,200 per year more than planning an upgrade strategy and carrying out to minimilise downtime.

Forgetting the staggering number of companies that don’t backup their data properly or check their backups, outdated and inefficient systems are at significantly higher likely hood of suffering data loss, 325% more likely in fact. Outdated systems account for 65% of Data loss in companies and a staggering 80% of Businesses do not survive after major data loss.

If your systems are compromised then hackers can often use the configured email addresses to send Spam emails resulting in the whole company being blacklisted and flagged as a Spam sender, resolving can take anywhere from 2 hours to 2 weeks, causing massive issues for the company as a whole, in fact it’s thought in the average Business a domain being Blacklisted costs around £800 on average per blacklist event.

One of the biggest issues with old infrastructure is the Security holes they have built in, as hackers develop new ways to find their way in to your systems via onboard microchips and software holes companies work harder to patch them, it’s a game of cat and mouse you’ll lose if your systems are too outdated.

We’ve given 7 really good reasons to make sure your Business I.T. is up to scratch, and I know you’ll agree that if you want a competitive edge and plug expensive leaks a modem I.T. infrastructure is paramount. All in outdated I.T. systems cost the average SME £10,000 per year.

Book a Strategic IT Review 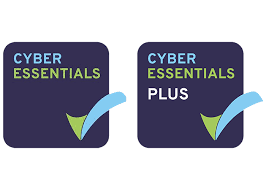